The penis does not obey the order of its master, who tries to erect or shrink it at will. Instead, the penis erects freely while its master is asleep. The penis must be said to have its own mind, by any stretch of the imagination.     – Leonardo Da Vinc


Functional Anatomy of the Penis

The penis is composed of three cylindrical structures, the paired corpus cavernosum and the corpus spongiosum, which houses the urethra, covered by a loose subcutaneous layer and skin. The flaccid length of the penis is controlled by the contractile state of the erectile smooth muscle and varies considerably, owing to emotion and outside temperature. In one study, the erect length of the penis measured from pubopenile junction to the meatus was 8.8 cm flaccid, 12.4 cm stretched, and 12.9 cm erect, with neither a man's age nor the size of the flaccid penis accurately predicting erectile length (Wessells et al, 1996). In another study, the author concluded that about 15% of men have a downward curve during erection; erection angle is below horizontal in one fourth of men; and shorter erection lengths in the range of 4.5 to 5.75 inches occur in 40% of men (Sparling, 1997). Regarding penile morphology and erection, a study shows that during erection, the penile buckling forces are dependent not only on intracavernosal pressures but also on penile geometry and erectile tissue properties. Therefore, in patients with normal penile hemodynamics but without adequate penile rigidity, other structural causes should also be sought (Udelson et al, 1998). The functions of various components of the penis are listed in Table 45–1.

Informing the patient (and partner) of the available treatment options is an important aspect of the initial office consultation. Most patients will request the least invasive treatment. If the first option is not satisfactory, others will be tried until the most acceptable is found. The treatment options currently available, their costs, and advantages and disadvantages are listed in Table 46–6. Recommendations of the First International Consultation on ED include modifying risk factors (both lifestyle factors and psychological factors); providing education where information is lacking on sexual function; changing drug dosages or classes; hormone replacement therapy but not supplementation; specific pharmacotherapies with adjustments for risks, costs, and invasiveness; counseling; and surgical therapies (see Table 46–2).
In the late 1970s and early 1980s, the penile prosthesis and psychosexual therapy were the only two effective treatments for ED. The NPT test was used to differentiate psychogenic from organic impotence and to direct the patient to one or the other. In the 1980s, sophisticated neurologic and vascular tests were added to the armamentarium to allow more accurate diagnosis. The success of noninvasive treatments has many questioning the wisdom of the traditional medical approach: extensive testing to make an accurate diagnosis and following it up with a specific treatment. Although finding and correcting the exact cause of ED seem to be the most logical approach, the current medical-economic climate argues against it (Shabsigh et al, 2000). We propose the goal-directed approach (Lue, 1990) or the First International Consultation Algorithm on ED (Jardin et al, 2000) as a good way to initiate evaluation and management of patients. The extent of the initial work-up is based on the patient's age, general health, treatment goals, and complexity of presentation (see Tables 46–1 and 46–3).

Penile Brachial Pressure Index. The penile brachial index (PBI) represents the penile systolic blood pressure divided by the brachial systolic blood pressure. Use of the Doppler signal transducer to measure penile blood flow was introduced by Abelson in 1975. He reported that normal penile systolic blood pressure in the flaccid state was no more than 30 mm Hg below brachial systolic pressure. This test gained some initial popularity because of its low cost and noninvasiveness. The technique involves applying a small pediatric blood pressure cuff to the base of the flaccid penis and measuring the systolic blood pressure with a continuous-wave Doppler probe. A PBI of 0.7 or less has been used to indicate arteriogenic impotence (Metz and Bengtsson, 1981).
Despite the initial enthusiasm, this test has many limitations. First, measurement in the flaccid state will not reveal the full functional capacity of the cavernous arteries in the erect state, and errors may also occur from improper fitting of the blood pressure cuff. Second, the continuous-wave Doppler probe does not discriminately select the arterial flow of the paired cavernous arteries, which are the vessels primarily involved in producing erection. In the flaccid state, the probe detects all pulsatile flow within its path and usually detects the higher blood flow of the dorsal penile artery, which is located superficially and supplies the glans penis, rather than the lower flow of the cavernous arteries. This error will sometimes lead to the finding of a normal PBI in a patient with true arteriogenic impotence. Therefore, a normal PBI cannot be relied on to exclude arteriogenic impotence. Indeed, attempts to correlate PBI and other more established techniques have been disappointing. For example, Mueller and associates (1990) found only a 39% correlation between PBI and pudendal arteriography. In another study, Aitchison and associates (1990) reported that up to 20% of patients deemed normal by one observer would be deemed abnormal by a second. They conclude that the PBI is inaccurate and poorly reproducible and suggest no justification for its continued use.
Penile Plethysmography (Penile Pulse Volume Recording). This test is performed by connecting a 2.5- or 3-cm cuff to an air plethysmograph. The cuff is inflated to a pressure above brachial systolic pressure, which is then decreased by 10-mm Hg increments, and tracings are obtained at each level. The pressure demonstrating the best waveform is recorded. The normal waveform is similar to a normal arterial waveform obtained from a finger: a rapid upstroke, a sharp peak, a lower downstroke, and, occasionally, a dicrotic notch. In patients with vasculogenic ED, the waveform shows a slow upstroke, a low rounded peak, slow downstroke, and no dicrotic notch. Its height varies considerably; patients with vascular insufficiency usually have the lowest mean height (17.3 mm) (deWolfe, 1988). The proponents of this method argue that because penile pulse volume recording measures the contributions of all the vessels at the root of the penis, it is more accurate than recording the pressure in an individual artery (as in PBI). However, this study is performed in the flaccid state and cannot distinguish whether the dorsal or the cavernous artery is impaired.
Biochemical Study. It has been suggested that penile hypercoagulability predisposes to penile vascular changes and impotence. Thromboxane A2 is a potent vasoconstrictor and a stimulus of platelet aggregation, which may contribute to hypercoagulability. Contrarily, PGI2 has exactly the opposite effect. Because the ratio of the prostacyclin concentration to the thromboxane A2 concentration is constantly maintained in normal hemostatic responses, an imbalance between the two may be a factor in initiating vascular disease and decreasing blood flow. Kim and colleagues (1990) assessed the usefulness of the prostacyclin–to–thromboxane A2 ratio in penile blood during erection for the diagnosis of arteriogenic impotence. The ratio in these patients was significantly lower than in patients with psychogenic and venogenic impotence. Measurement of the major urinary metabolites, 11-dehydro-thromboxane B2 and 2,3-dinor-6-keto-prostaglandin F1α (PGF1α), by radioimmunoassay can accurately reflect in vivo the biosynthesis of thromboxane A2 and PGI2, respectively; and Lin and coworkers (1992) have reported that the mean urinary 11-dehydro-thromboxane B2 level of patients with arteriogenic impotence is significantly greater than that of controls but that there is no significant difference in PGF1α levels. Kohler and colleagues (1993) have also shown that the systemic prostacyclin–to–thromboxane A2 ratio differs significantly between control rabbits and rabbits with hyperlipidemia. However, they could find no significant difference between patients suffering from organic and psychogenic ED. 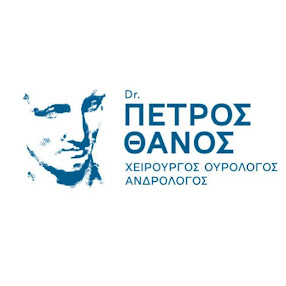